After 10 days in Korea, ENK and Randy left us in Korea.  They had a great time but after 10 days, they said it was long enough.  After we said our good byes, we walked over to Insadong for some quiet traditional tea time. 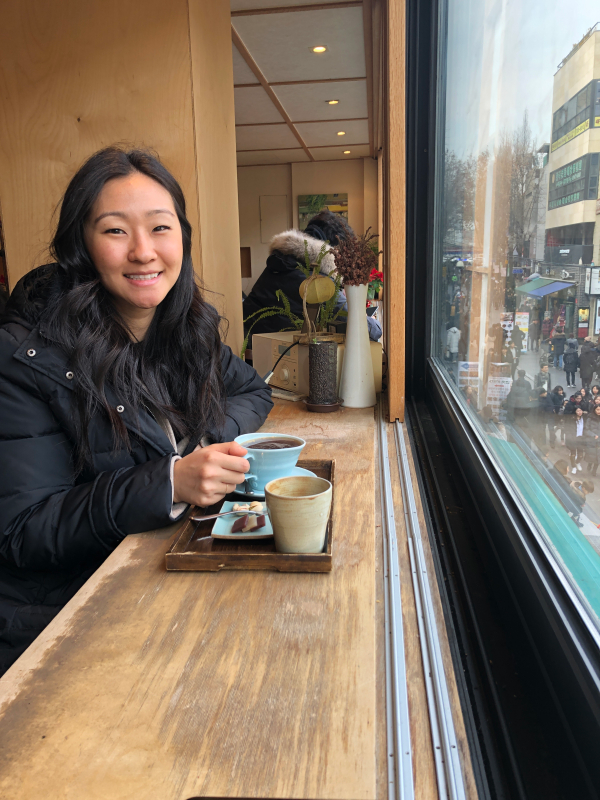 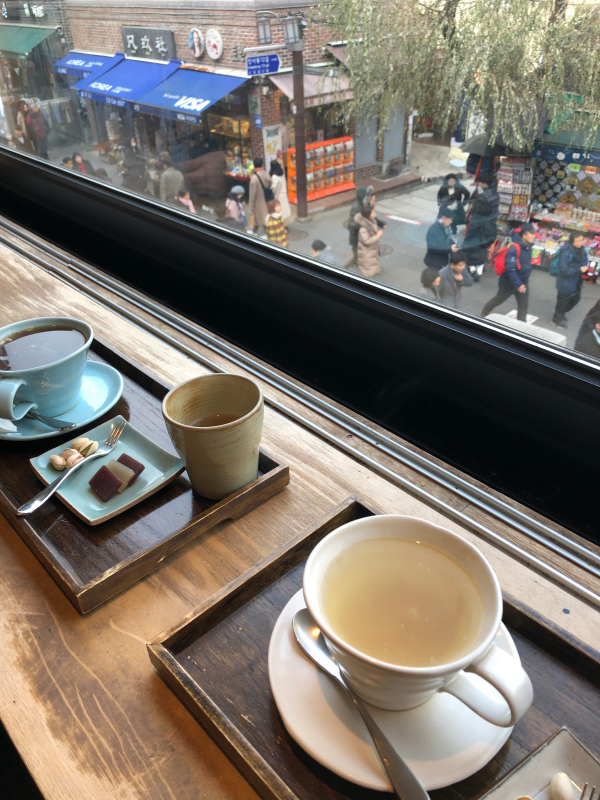 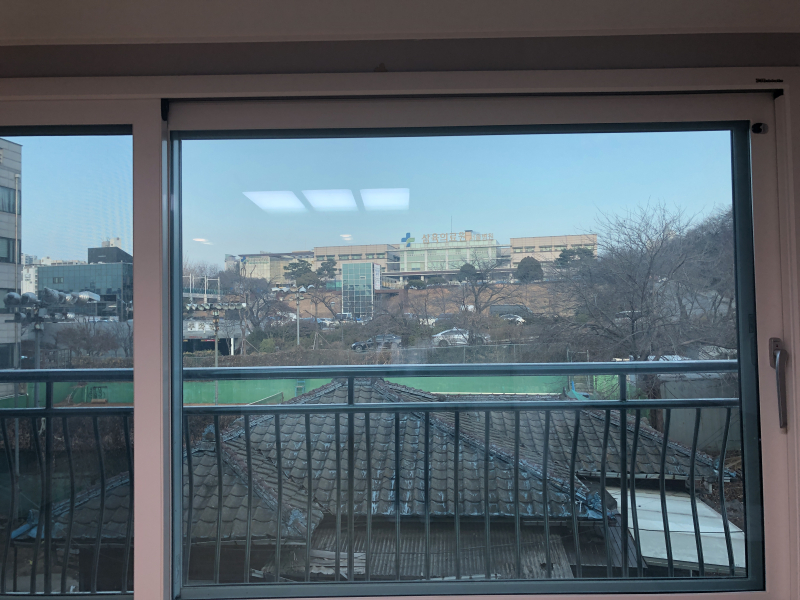 We checked into the hospital guest room courtesy of my dad... He was the Director of Nursing School in the 70's and in honor of his service here, they allowed us to stay at the guest house.  It was convenient location across from the hospital and next door to this vegan vegetarian restaurant.  After unsuccessful attempts to find non pork dumplings, I was delighted to find vegetarian mandoos here.  I ordered pan fried and steamed. 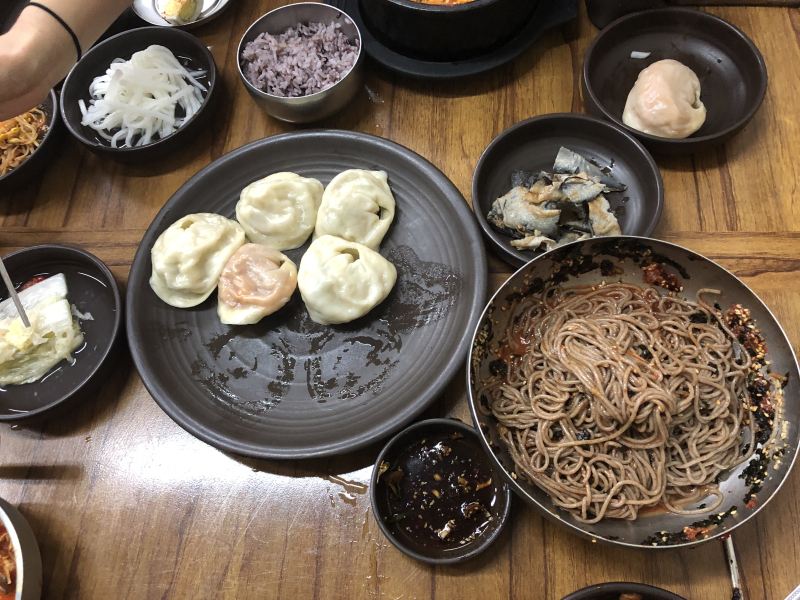 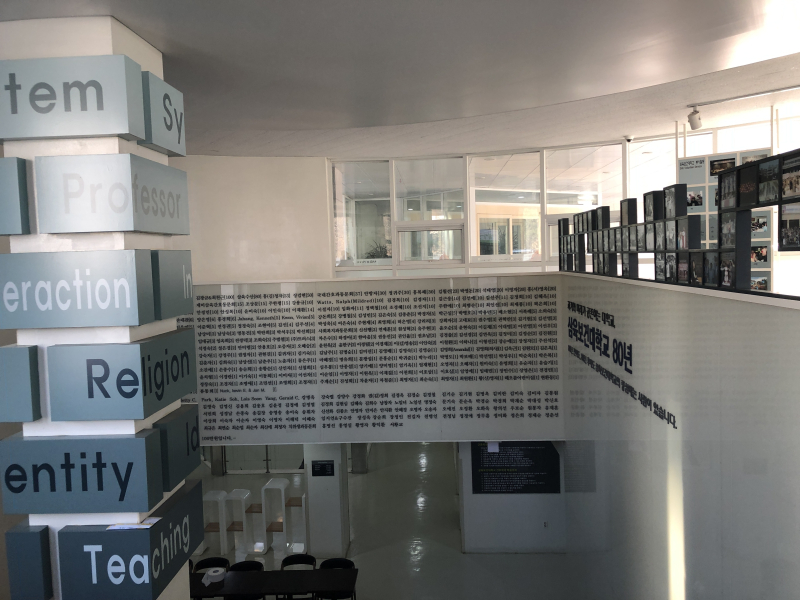 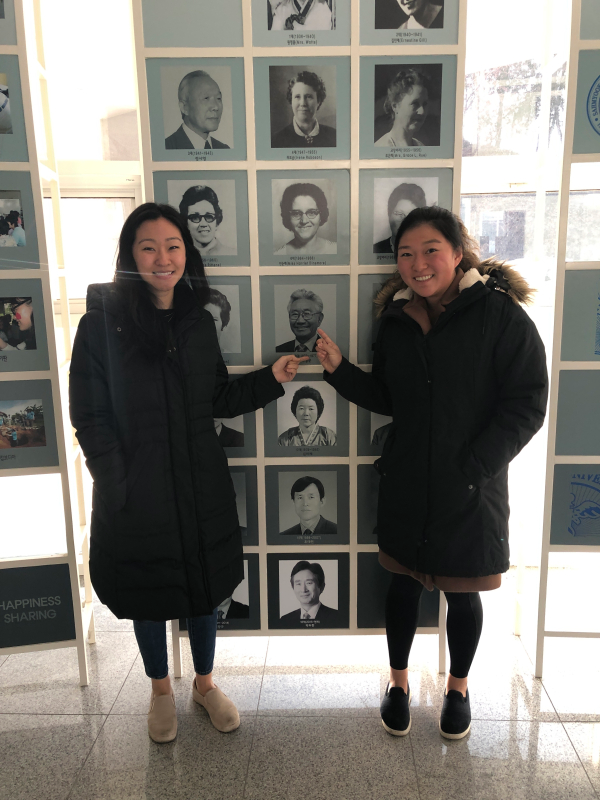 Grandpa Cho in the wall of past presidents.  The girls and I were able to visit the campus and see all the donors who contributed to the school in the years past.

We were able to visit the SDA Language Institute and the local SDA Market as well... 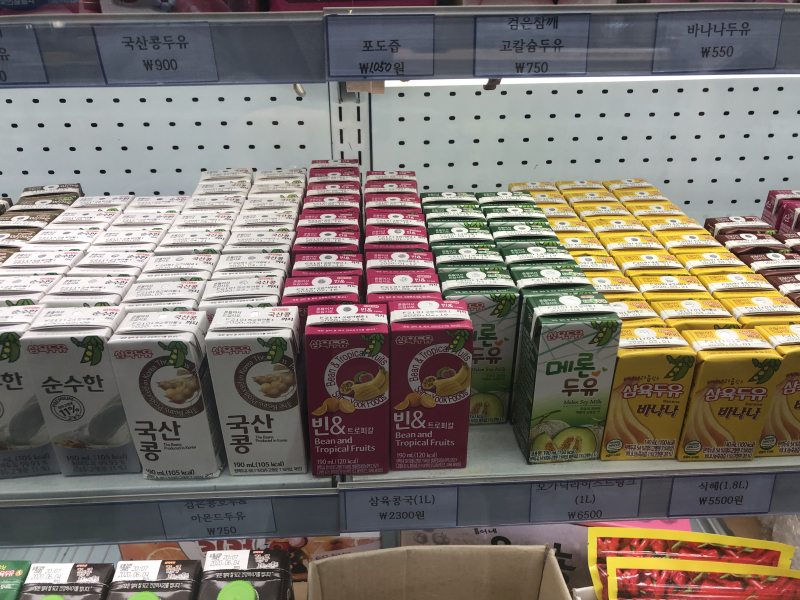 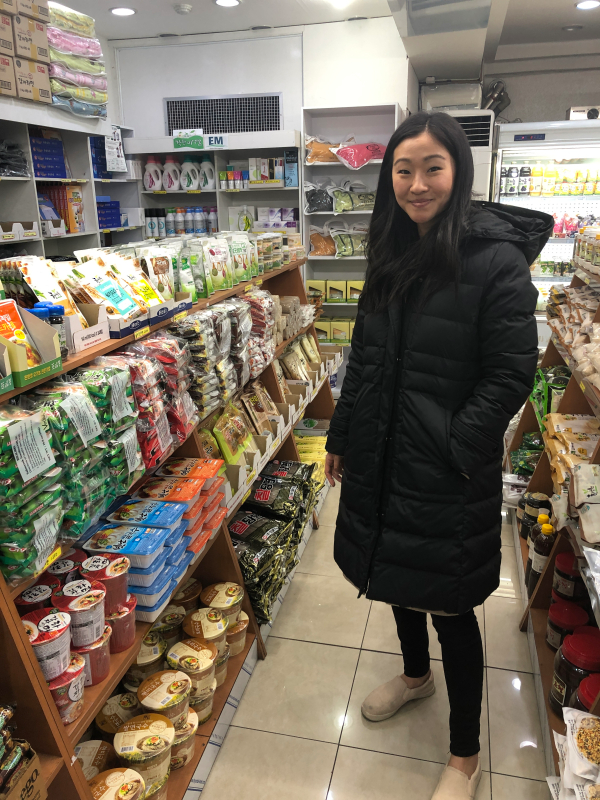 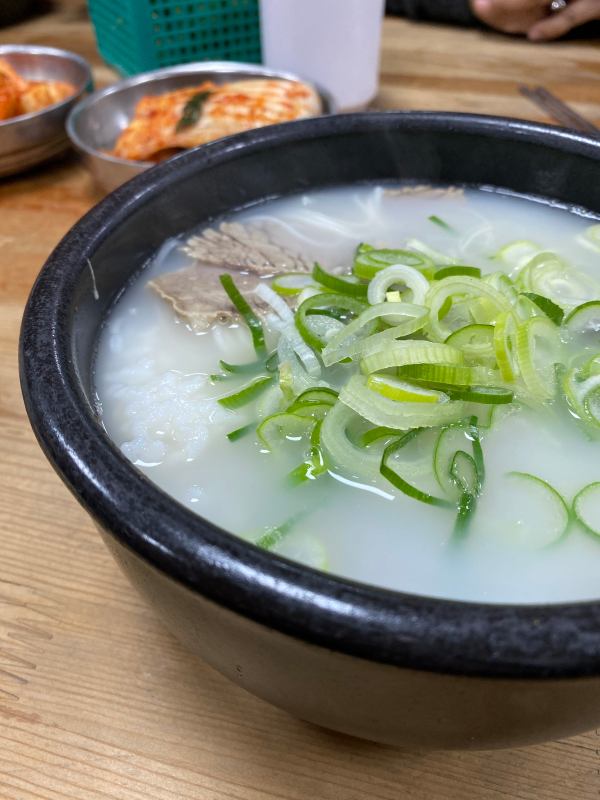 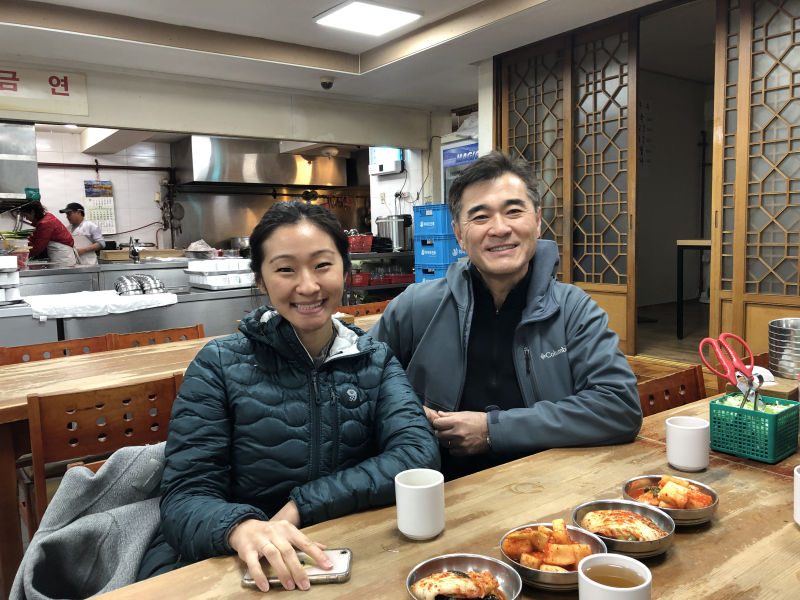 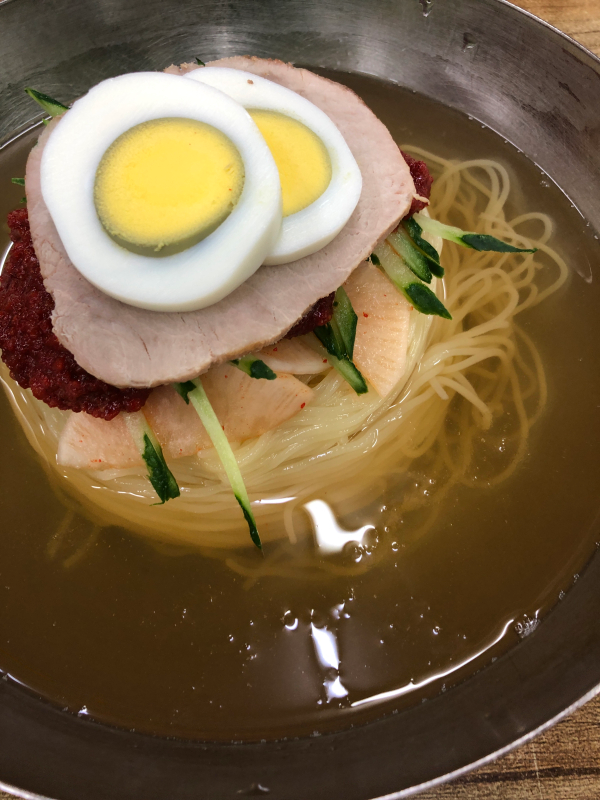 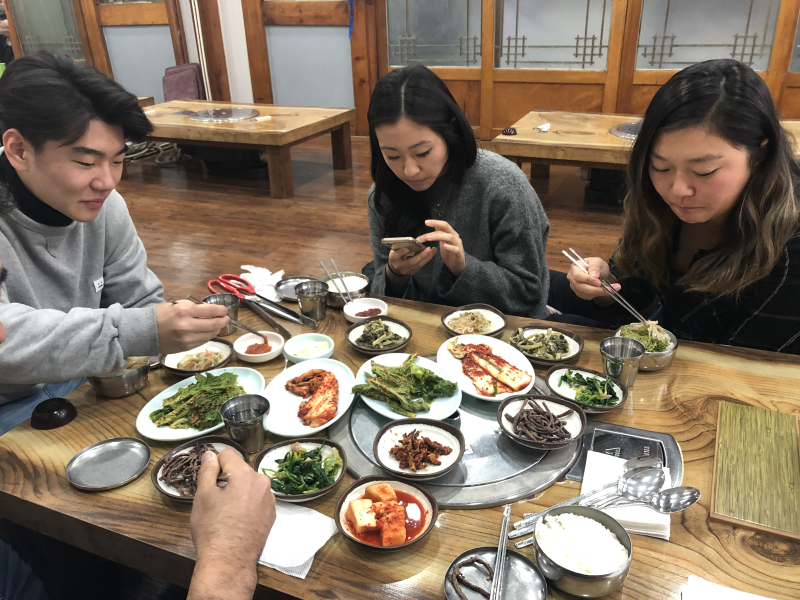 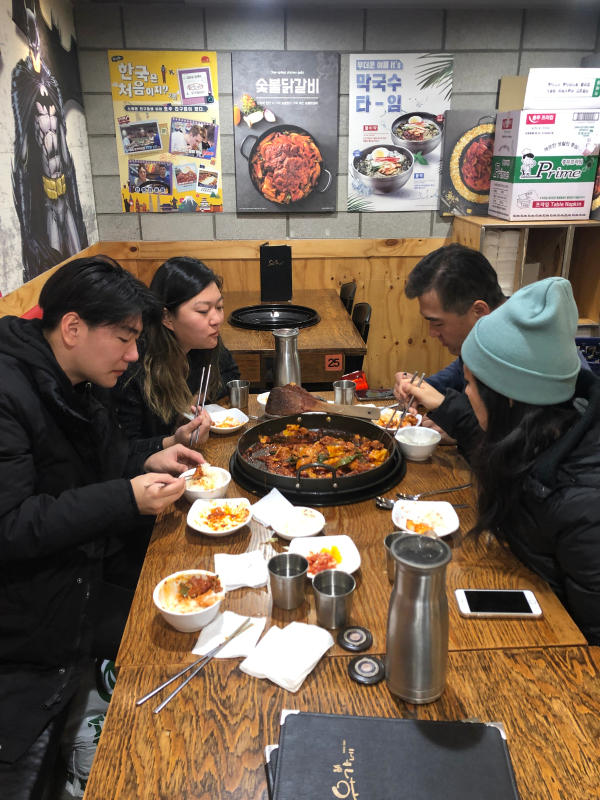 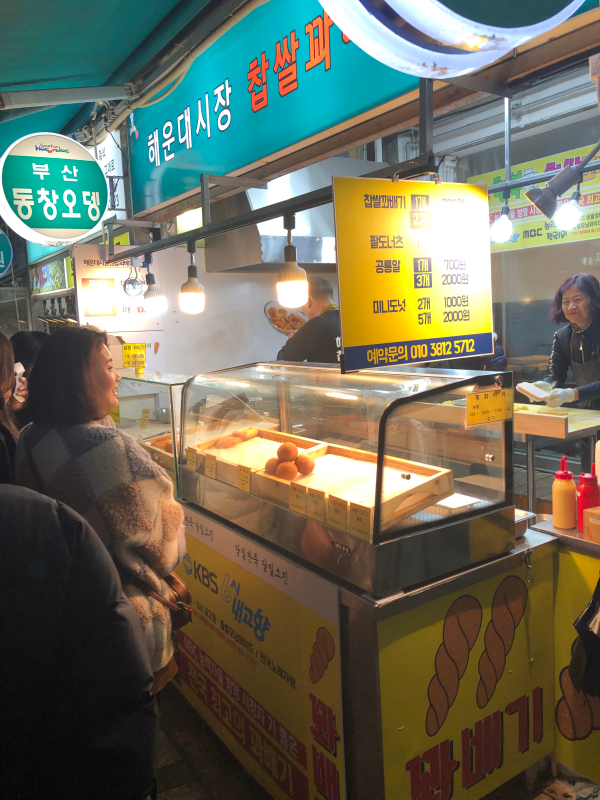 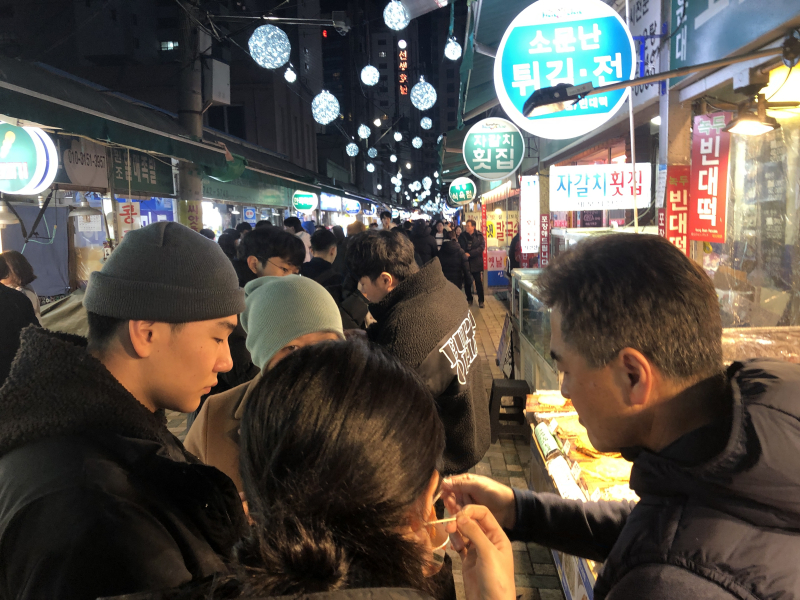 Watched this movie with ENK for the first time...What a classic.  Audrey Hepburn was only 24 when she made this movie... Gregory Peck?  He was 37 years old! 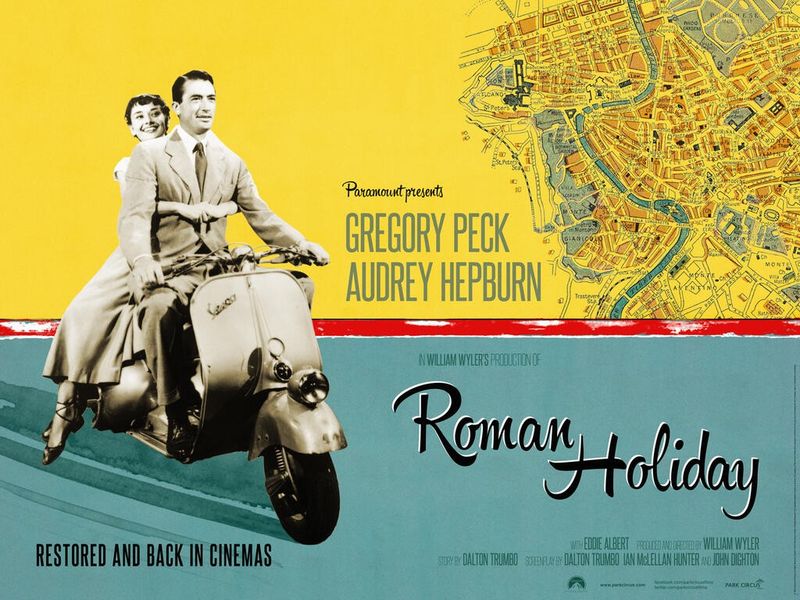 I decided that one day after the run, I could have some "down time".  I decided to watch some K drama on Monday... Hence my week's obession with  this baking bread. I couldn't shake off the urge to make dough.  Even Randy made with the leftover dough.   My kitchen was such a mess.  Outcome of my bread?  No good.  I still need to perfect this. To me, baking is hard. 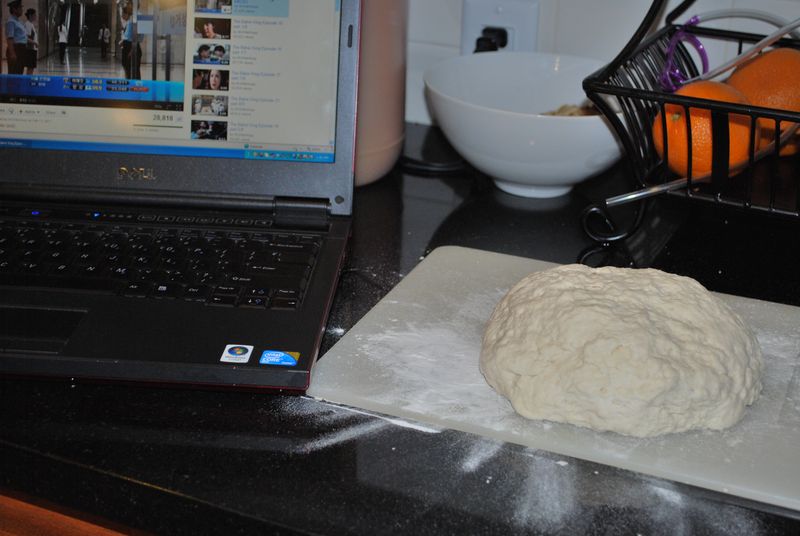 I went to King Bakery in Portland to buy some bread....... 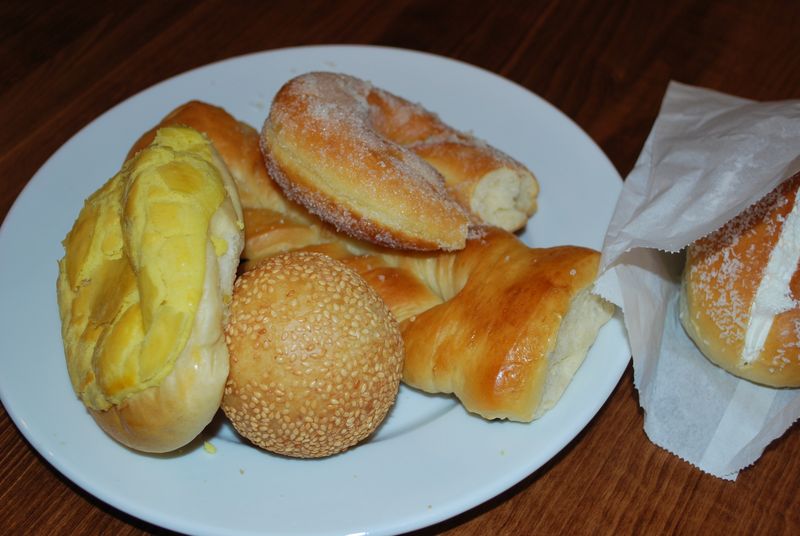 Which K drama am I watching? 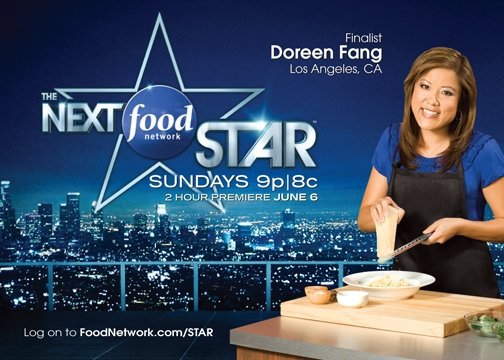 ENK and I went to PUC with her!  Watch her become famous.... 2 hour Food Network premiere!

Was it just me or did all the Asian skaters look alike? I was getting all mixed up with Ando, Mao, and another Japanese American skater... Of course, no one else compared to Korea's Kim Yu-Na.  They were all beautiful with similar look and long sleek bodies....But Kim Yu-Na took my breath away! She was absolutely graceful and artistic on the ice!! 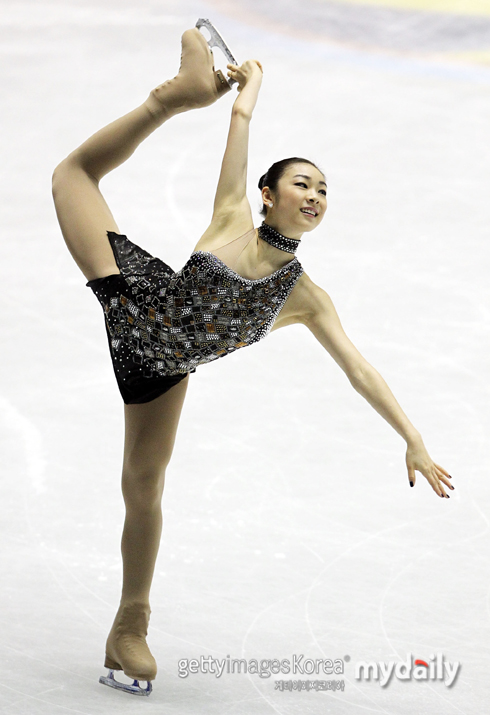 Where did all the short "daree" Korean girls go? According to Korean media:  Kim Yu-Na has 75 percent chance of winning the GOLD on Thursday!

What's in a name?

I copied the above name from Lindsey and friend's blog:  LACE  for (Lindsey, Alivia, Carlin and Elena)

Elena is their star writer and she's a brilliant writer.  She wrote about how she was studying about Pablo Picasso and found that his name was this long name.

I was given my Korean name at birth:  Cho Soo Yon.  When my family immigrated when I was in third grade I was stuck with this given name, but my brothers got new cool sounding Bible names.  Soo Kang became Samuel.  Soo Ha became Joshua.  (My parents planned on naming him Joshua ever since he was born from his Korean name Cho Soo Ha)   I was feeling jealous.  My uncle wanted to be clever as well and named his first born: Cho Ah Ra.  Meaning "JOY or Happiness"  He wanted to name her Joy Cho.  But as a teenager, I said, "Uncle, Joy Cho sounds weird.  Just keep her Korean name as her English name.  Instead of Sarah, She can just be Arah" I thought I was clever.  Generation later, my brother Sam knew he was clever when named his first born after our mom and Jean's mom's names put together!l.  He named his first born, Cho Ae Rin.  He knew he wanted her name to be unique so he kept her Korean name as her English name.  But instead of the expected spelling of ERIN, he named her Aerin Samanath Cho.

Okay, why the long blog on crazy names?  Well, At the sweet age of 8, I did NOT like my Korean name to be my English name.  "Why can't I have a Biblical name appa?  Why can't I be Esther, Helen, Mary or Hannah or Grace?"   He said that Soo is a beautiful American name!  He's met many Susans and Susie's in America and that was a great name for me.   I spelled my given name in English many times over and over again.  I did not like it at all.  First of all, it had TOOOO many OOOOOOOO's!  That was the first complaint.  SOO YON CHO.  I didn't think a proper American name should have so many O's.  So at the ripe old age of 9, I announced that I was now going to spell my name SUE AND I was going to change the YON to YUN.  I had to keep the O in Cho.  My parents said that it was cool.

The second problem with my name  was that it was too short.  My friends started to call me SUECHO in highschool!  THey didn't even bother separating my name.  It was always, "Hi SUECHO!"  HMMMMM, I didn't like it at all.  I longed for a long name.  I longed for a name like Elizabeth or Victoria or Christina. When I was in fourth grade,  I wanted to be even Margaret after Are you there God? It's me Margaret.

When I married my ENK, I was going to hyphenate my name.  That would now make it longer.... until I realized that it would be Sue Choke Him!  I didn't want to start off our marriage with an assaultive name like that!  I was bummed and changed it to Sue Kim.

But I had a dream.  I wanted my first born to have a long name.  I named her Lindsey Noel Hyunna Kim.  That's her legal name.  I'm proud of that name.  I gave her a first name, middle and a Korean name.  Maybe She will marry someone with a long last name and be Lindsey Noel Hyunna Kim Henderson Cunningham..  That's if she marries a non Korean.  But more likely, she'll probably shorten her name stating that it's TOO long and marry a boy with last name Oh, Im or Ko and be Lin Oh or Lin Ko.  With so many Kim's outthere, she can easily meet a Kim too. :)

Ah, what's in a name?  ENK named our second born Allison but I made it longer.  Allison Leilani Jungah Kim.  Ha!  Others around said, "If you give her a Korean name for middle name, youdon't need another middle name!" I ididn't care.  My son's name is Randall Tyler Minkyu Kim.  Yup, all three's got a long name!  But Pablo Picasso's long name is way too long, don't you think? 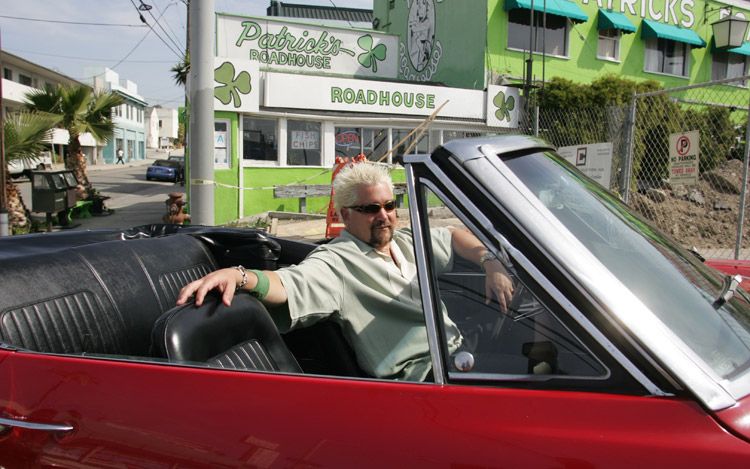 This Food Network show is addicting.  I always watch this late at night and say, "man, I need to go there, where is that?!"  Whatever this Guy eats, it looks soooo good.

Tonight's episode was taped here in Portland!  Pok Pok  is a hole in the wall Thai shack on Division and 34th.  I really want to try this place out!  I was really surprised that I missed many of his episodes... Guy Fieri came to review all these other Portland eateries....  Have you tried any?

I am not into pop culture and believe me, my kids will tell you that I'm not hip on what's cool out there in the music industry.  But what happened at VMA award show was truly a shocker! Beautiful and talented 19 year old Taylor Swift was given the Best Female Video award when Kayne West took the stage and dissed her LIVE on tv! " Hey, I'm happy for you, but Beyonce had one of the best videos of all time."  Waching that made me mad!  Mad for people who are so disrespectful!   Later Beyonce was given Video of the Year award, she asked Taylor to return back on stage to finish her acceptance speech....That gesture moved me to tears! Beyond showed class! 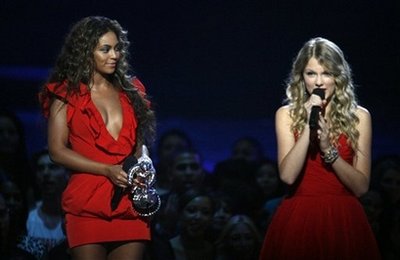 How do you teach kids about respect?   Friends? School? Church?  Nope.  Parents.  Children are mirrors to us.  They reflect back to us everything we say and do.  That's scary but it's so true!  If I want my children to be respectful, I need to be respectful to them, to their father, and to others!   We are their role models. Kids, don't be like Kayne... nope, he's got to go back and learn some serious lessons on how to be a gentleman and learn some respect!

This is season 14 but I have never seen one episode until this year.  My brother Josh came up to visit us in March and got us into the show.  Joshua's friend Will Jih's (LL Med School) siblings are Tammy and Victor!  Has anyone watched today's finale?  I guess the show always pick teams in typical fashion each season...there's always the good looking ones, the dumb blondes, the athletes, the ugly one, couples in peril, couples in love...  This season, they chose two good looking over achieving Asian lawyers that fit the "model minority" perfectly!  Guess who won the million dollars tonight! Tammy and Victor Jih!   http://www.cbs.com/primetime/amazing_race/bio/tammy_and_victor_14/bio.php?season=14

Blog powered by Typepad
Member since 02/2007